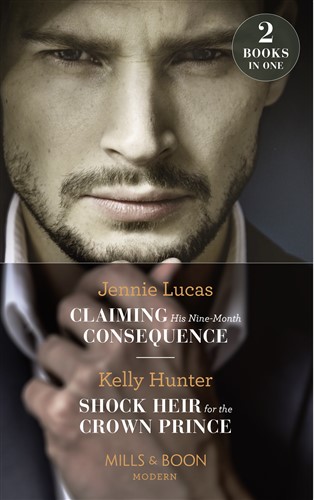 Claiming His Nine-Month Consequence / Shock Heir for the Crown Prince

It’s the last thing he wanted, but Greek billionaire Ares Kourakis is going to be a father. He’ll do his duty and keep pregnant Ruby by his side—he’ll even marry her. But when all he can offer is intense passion and a vast fortune will that be enough to get idealistic Ruby down the aisle?

Shock Heir For The Crown Prince by Kelly Hunter

Prince Casimir of Byzenmaach can’t shake the memory of Anastasia Douglas. With her, he forgot his royal duties in a moment of wild abandon. Seven years later he must wed—but in seeking out the unforgettable Anastasia he discovers a secret: she had his daughter! And he’ll stop at nothing to claim them both…