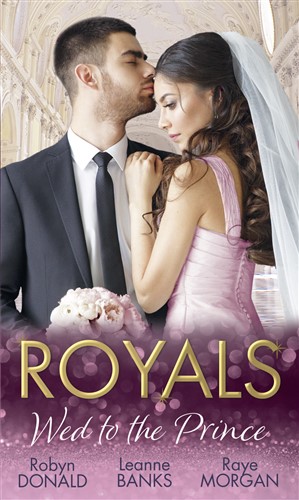 Royals: Wed to the Prince

The only way Lauren escaped from war-torn Sant'Rosa was to marry Guy, a sexy stranger, in a fake ceremony. Reunited with Guy later, they’re overwhelmed with desire! But Guy has news for her: their marriage was legal! What’s more he's really a prince and Lauren is obliged to marry him again – by royal command!

The Princess and the Outlaw

Princess Pippa Devereaux wasn’t known for controversy. So her brief romance with handsome tycoon Nic Lafitte had to end. But when a night of passion leads to a baby, somehow the royal and the Texan have to bring two worlds – and two families – together…

Prince Nico can’t just walk past when he sees a pregnant stranger needs his help, so he sweeps her back to his palace. Marisa brings out Nico’s protective instincts – feelings he thought he’d left behind. But with his realm being torn apart by war and rebellion, can Nico afford to fall in love with a girl he hardly knows?